Canadian GP Force of Will Circuit 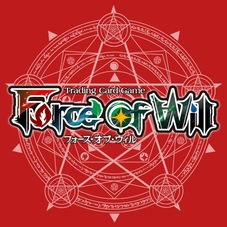 In ancient times, there was a land where Gods and Demons would wage war. A land that was graced by the five Elements, Valhalla. After a long period of time, the fighting never ceased, and would repeat itself time after time. Soon enough, the war itself would involve the people living in Valhalla.
The Gods and Demons would then develop techniques to summon and reincarnate strong, radiant souls, into battlers and soldiers to aid them in their cause.
A whisper was heard... "In exchange for your soul, I shall bestow upon you power unimaginable..." In order to pave a new path to a brighter future, people gathered, and made pacts (Judgement) that would grant them new powers.
Those who fight for their own beliefs, those who fight for the Gods, those who fight against the Gods, their spirit drives them into battle, and the battle has just begun.

The GP Season is now upon us! Compete your way to the top and earn invitations to the 2019 World Championship! Looking for details as to where to participate? Click the buttons below for the details!
GP Toronto - Anime North May 25
GP Montreal - June 29
GP Toronto - CNE Gaming Garage August 17
If you have any questions concerning the Canadian GP events, please send us an email at info@cmprofessionalevents.com